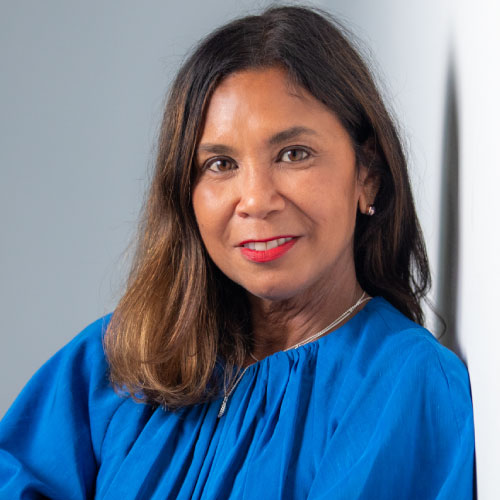 Terri has written the leading Australian ICIP protocols in arts and film; and has influenced Australian policy and practice by her many reports and papers. The firm’s recent projects include developing ICIP models for museums and galleries, TK databases and construction projects.

Terri was born in Cairns and has family connections to the Torres Strait Islands (Meriam) and Cape York (Wuthathi). Terri’s contribution received the esteemed national award of NAIDOC Person of the Year in 2011 and was recognised as a leader in Indigenous business by being awarded the Supply Nation Special Recognition Award in 2015. In 2020, Terri won the UNSW Social Impact & Services Alumni Award.

Terri’s book True Tracks: Respecting Indigenous Knowledge and Culture 2021 was shortlisted for a NSW Premier’s Literary Award in 2022. Terri is also the Co-Chief author of the State of Environment Report 2021.